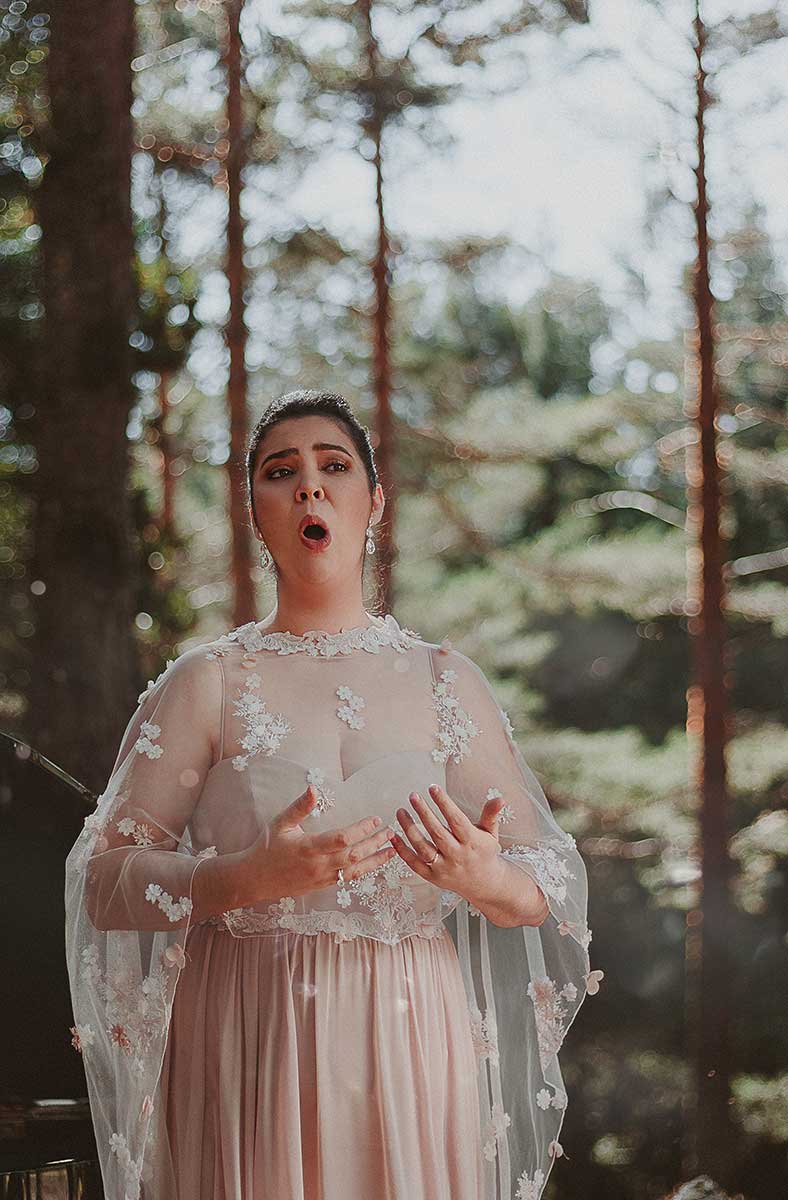 She made her musical début in the opera A Raposinha Matreira, by Leoš Janáček in 2004 (Rivoli Teatro Municipal, Porto), and in 2006 participated in Dido and Aeneas, by Henry Purcell (Auditório Adelina Caravana, Braga). Her part as a soloist in the musicals Saltimbancos, by Chico Buarque in 2009, and The Sound of Music, by Rodgers and Hammerstein’s in 2010 must also be highlighted. As a soloist she also participated in the following: Stabat Mater, by Giovanni Battista Pergolesi, Stabat Mater, by Gioachino Antonio Rossini, Requiem Mass in D Minor, by Wolfgang Amadeus Mozart, Requiem in D Minor, by Gabriel Fauré, Te Deum, by Marc-Antoine Charpentier, and Vesperae Solennes de Confessore, by Wolfgang Amadeus Mozart.

Of note is her choral involvement in the following projects, organised by the Casa da Música do Porto: O Lobo Diogo e o Mosquito Valentim, by Eurico Carrapatoso in 2006, and the Missa da Coroação (Coronation Mass) by W. A. Mozart, in 2007.

She was awarded 1st prize in the Concurso Internacional Cidade do Fundão 2014 and the Prémio Revelação in the Singing Category, Level V.

Currently, she is completing a Masters in the Teaching of Music, specialising in Singing, under the guidance of teachers Dora Rodrigues and Elisabete Matos, at the Escola Superior de Artes Aplicadas of Castelo Branco.

She has been an integral part of Ensemble Risoluto since 2008, together with Pianist José Paulo Ribeira and Clarinettist Paulo Barbosa.