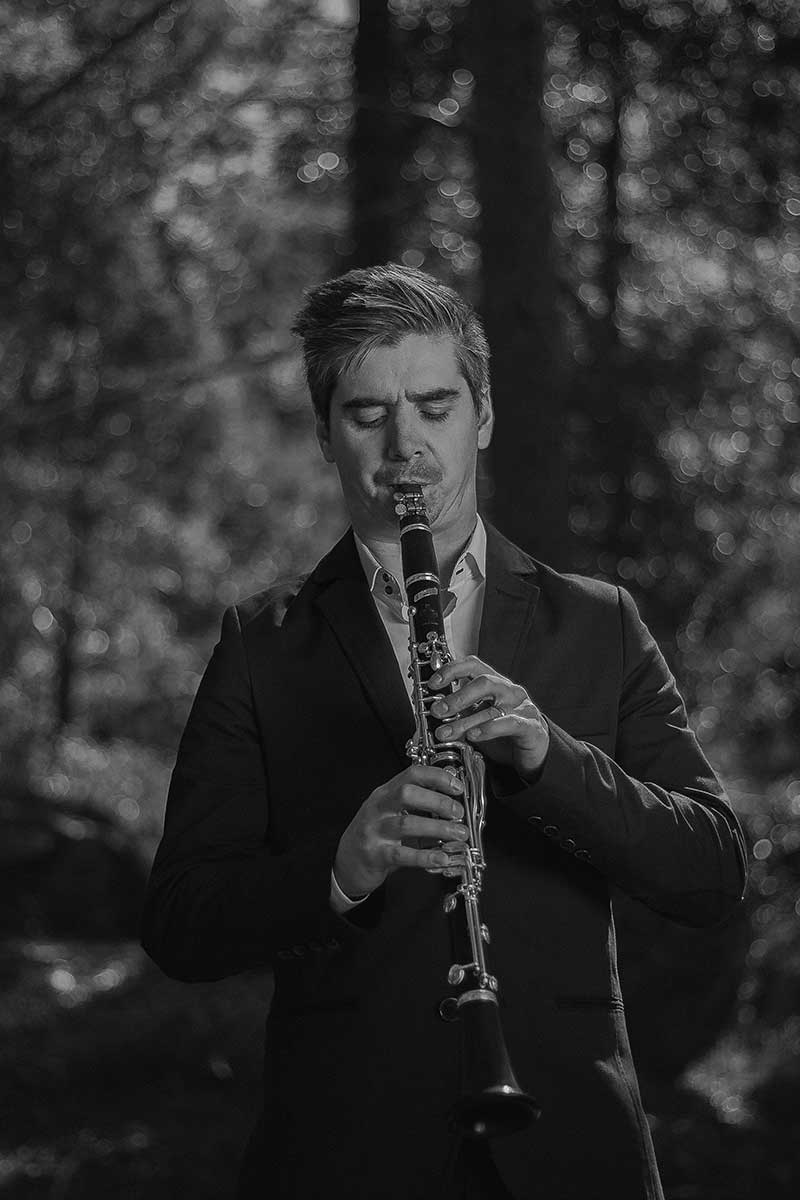 In 1997 Paulo Barbosa joined the Conservatório de Música Calouste Gulbenkian in Braga, with the teacher Paulo Marques Matias, where he concluded the 8th Grade in Clarinet.

He has played in concerts with diverse orchestras, including the: Orquestra dos Conservatórios Nacionais, Orquestra Sinfónica da ESART, Orquestra do Norte and the Orquestra de Câmara de Braga. He was also involved, during the summer of 2007, in the European Union Youth Wind Orchestra.

He has received various awards for his chamber music, with a special mention at the 3º Concorso Internazionale dei Duchi d’Acquaviva – Atri – Itália and he was awarded 3rd place in the Concurso Prémio Jovens Músicos (RDP – 2007) Higher Level. He has recorded 2 pieces of music for clarinet quartets for Rádio Antena.

He participated in “Festival Primavera Musical”, also in chamber music, and as a clarinet soloist at the Festival para Jovens Músicos “Com Clave de Sol”, organised by the Casa da Música.

His musical journey has led him to various countries, such as Spain, France, Italy, Belgium, Germany and Luxemburg.

He has a degree in Clarinet, from the Escola Superior de Artes Aplicadas of Castelo Branco, where he was tutored by Carlos Piçarra Alves.

Since 2008 he has been an integral part of Ensemble Risoluto, together with Soprano Sílvia Pinto and Pianist José Paulo Ribeira.